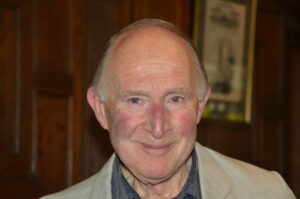 Tom has been a Governor since 2007 and has a particular responsibility for the 14 acres of Albert Park and its surrounding roads, and the gardens of the three sites of Christ’s Hospital’s almshouses. He has lived in the historic centre of Abingdon for more than 40 years. He and his wife have three daughters and six grandchildren.  Brought up on the Isle of Wight, he travelled daily by ferry to Portsmouth Grammar School.  He studied chemistry at Christ Church, Oxford before becoming a trainee patent agent in London, but finding that it had little human interaction, he moved to teaching at Emanuel School in Battersea (a voluntary aided grammar school) and then to Abingdon School, initially as the Head of Chemistry and finally as Second Master.  He still retains his interest in Abingdon School as a Governor there.  He also serves on the committee of The Arts Society Abingdon.  His background experience and his various current roles assist him in policy making.  Beyond his family, the town of Abingdon and Christ’s Hospital, his interests include all sport, music, architecture, theatre, film and travel. 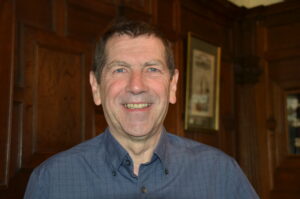 Charlie has was first a member of the Board of Governors in 2019 when he was Mayor of Abingdon, and again the following year when Covid 19 meant there were no Mayoral elections.  He was so popular with the other Governors that he was asked to join the Board in his own right.

He lives in Abingdon with his wife and is a keen cyclist and motorcyclist.

Through his many council connections he has proved invaluable in making connections between the Charity and those in need in Abingdon, to whom is dedicated.

Charlie took over as Grants Governor in 2022. 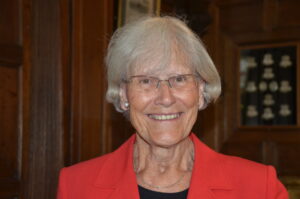 After graduating from Oxford, where she studied Botany, Glynne Butt took up a teaching career.  Working part-time for many years enabled her to combine science with musical studies in both Oxford and London and music has remained an important part of her life.  She performs regularly both as a pianist and a viola player.

Upon retirement from the headship of Our Lady’s Abingdon, Glynne continued her interest in education as a governor of two schools and as an Inspector for the Independent Schools Inspectorate, and she is currently a Governor of Abingdon School.   Her administrative experience in education has proved useful in the updating and overseeing of several areas of the administration of Christ’s Hospital.   She has been a Governor since 2003. Glynne’s other interests in the town include St. Michael’s Church and The Friends of Abingdon. 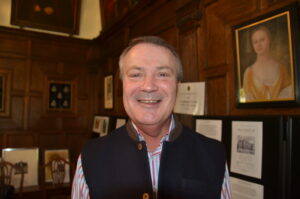 Kevin was appointed in March 2016. Originally from Northern Ireland, where he was schooled, he went on to University in Exeter and his career in accountancy followed.  He now lives near Albert Park (which is owned and managed by Christ’s Hospital), with his wife, and is a member of the Albert Park Residents Association. Since 1996 and until his recent retirement he was a partner at Ernst & Young Accountants .  Kevin’s considerable experience assists him as Governor in Charge of Finance.  Amongst Kevin’s current commitments, you will find, Trustee and Vice Chair of Abingdon Civic Society, Friends of Abingdon, Quest for Learning and Charity Mentors Oxfordshire.    His interests include ballet, art and horticulture. 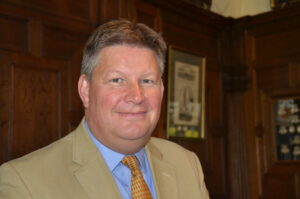 Simon was born in Shropshire, but moved to Abingdon at the age of 10 to attend Abingdon School, so feels his roots are really in the town. On leaving school, Simon joined a local firm of Estate Agents and Surveyors, working there for 10 years before leaving to set up Thomas Merrifield in Abingdon, he is now with Carter Jonas.  Simon’s skills in this area serve him well in his role as Governor in Charge of Property.   He lives close to Albert Park with his wife and can often be seen in the park with his dog. He has two adult children.  In his spare time, Simon is a keen cyclist and his other interests include motor racing, travel, food and wine,  architecture and buildings. 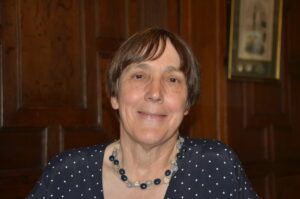 Born to parents with longstanding local connections.  Julia’s mother is a Viney, whose family had a furniture shop in 15 Ock Street, the address from which Julia now practices at Franklins Solicitors.  Her uncles also founded the business of Abingdon Carpets, her paternal grandfather was the manager of Barclays Bank, after the war and her father’s family then lived over the bank at 2 The Square, Abingdon.

Julia attended St Helen’s School and did a law degree at Exeter university.   After passing her solicitors finals she did two years articled to James Franklin before qualifying as a solicitor.  In 1983 Julia joined James Franklin and John Cunliffe in the Franklins partnership and has practised there ever since.  She commutes to work most days by bicycle from Kennington.

Julia has two grown daughters and likes to spend her time playing bridge with her mother and real tennis on the court built at Radley College.

The Rev Dr Charles Miller was born in the United States and became a British subject in 2011.  He was ordained in the States and emigrated to the UK in 1984, and the lion’s share of his ministry has been spent in the Diocese of Oxford.  He was appointed Team Rector of the Parish of Abingdon-on-Thames and Vicar of St Helen’s Church in 2006.  He has special interest in Theology, Eastern Orthodoxy and spirituality about which he has published four books.

Charles is interested in art history, music and exercise.

Angharad is a human geographer by training, which is someone with an interest in the relationship between people and place: what makes places special, why do we live where we do, how do we interact, knowingly and unknowingly, with the world around us and how can we make places thrive and flourish? This is why she was keen to be involved with Christ’s Hospital. She feels that it is a special place, integral to Abingdon’s past, present and future, and is excited to be involved in its evolution going forward.

Since moving to Abingdon in 2017, and leaving her academic career behind, Angharad has worked as a freelance researcher for a number of charities and cultural organisations. She has explored how they can address social need more effectively, engage wider communities and navigate organisational change, all of which shape her work as a Governor for Christ’s Hospital.  With a young family, she is involved in several toddler groups, school groups and can be regularly spotted splashing her way through muddy puddles in Albert Park in order that she keeps up with her small charges.